The 2022 NHRA Camping World Drag Racing Series which kicks off with the 62nd NHRA Winternationals, February 18-20 in Pomona, California. 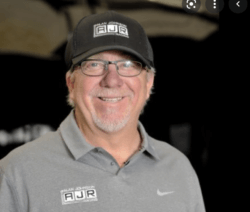 Johnson has tuned some of the biggest names in the world of NHRA drag racing to dozens of wins and multiple world championships over the past three decades. He is recognized as one of the greatest Top Fuel crew chief minds in the history of drag racing.

Doug Kalitta has chased the Top Fuel championship for more than two decades but has never won the title. With the addition of Johnson and Husen, Doug’s chances to capture that elusive first crown just grew exponentially.

For Brian Husan, the move to Kalitta Motorsports and working with veteran driver Doug Kalitta is one that he is looking forward to.

“It was a great opportunity since I am from Michigan, and I could get closer to my family,” Husen said. “I have been fortunate to work with some pretty good drivers and I have success with all of them. It is exciting to come work with Doug because he is such a good driver.”

To prepare for the start of the 2022 NHRA Camping World Drag Racing Series, all three Kalita race teams participated in the PRO Nitro Spring Training event that took place February 10-12 at Wild Horse Motorsports Park just outside of Phoenix.

ACE Racing is proud to support Doug Kalitta and the Mac Tools TF dragster in 2022, especially with the talent Kalitta Motorsports has brought together.

This is a Family Affair
Much in Common