Doug Kalitta and his Mac Tools’ team took home the Wally at the rain delayed 2019 Winternationals. It was no ordinary Monday for Kalitta. He started his week off right when he snapped 2018 Top Fuel Champion Steve Torrence’s round wins at 27 on his way to back-to-back Winternationals.

With the win, Kalitta also celebrates the 60th year of Kalitta Motorsports.

“It was really nice just to go rounds today. In the Countdown to end last year, all we were getting is one or two rounds, so to start going rounds today really helped the team’s morale. It was just a battle all day. It worked out well and we got the win.” said Kalitta.

Kalitta showed once again that he is one of the best drivers in his class as three of the four rounds won were hole shot wins. 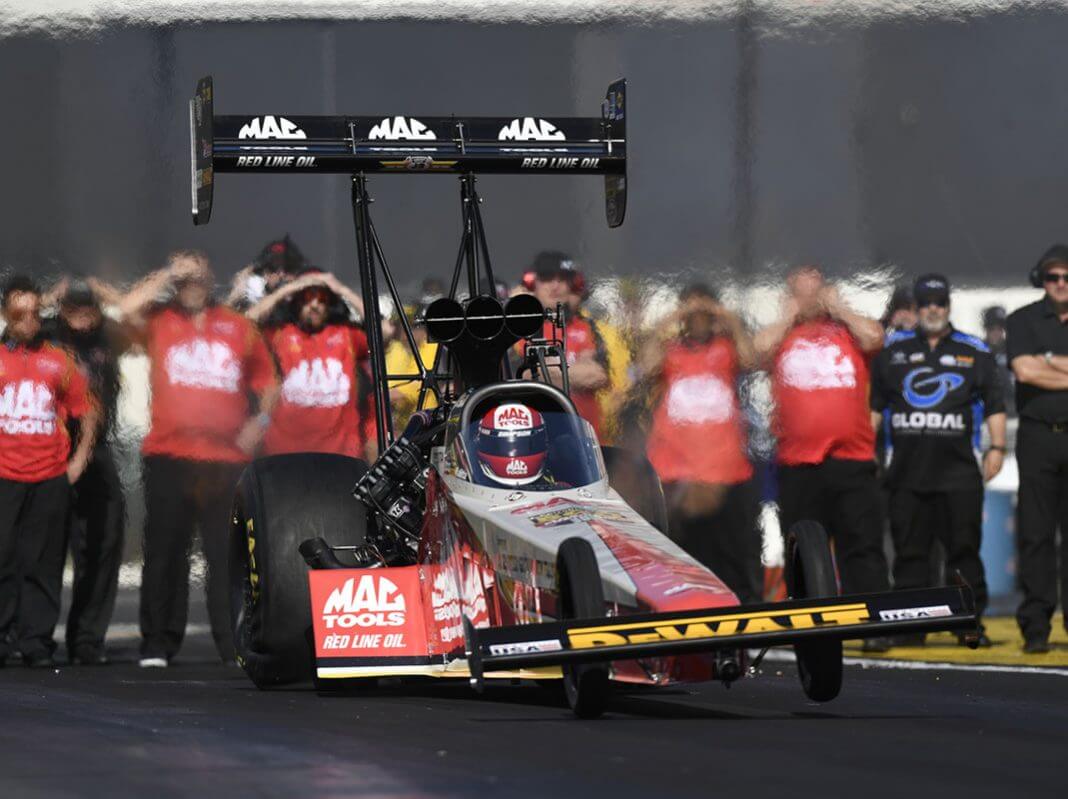 Starting in the seventh position with a 3.716 second qualifying pass, matched him against Scott Palmer in the first round of eliminations. Kalitta’s .053 reaction time and a 3.707 elapsed time (his best of the weekend), sailed past Palmer’s immediate tire smoke.

In second round Kalitta faced number two qualifier Billy Torrence. Right off the green light, Kalitta took the starting line advantage and the power to hold on for his first of three consecutive hole shot victories.

On his way to the final round Kalitta pushed his Mac Tools Dragster to a 3.708, but it was his .043 reaction time that secured him the semi-final win against Terry McMillen.

In the finals, Kalitta looked to earn back to back Winternationals win against his final opponent, 2018 Top Fuel Champion Steve Torrence. Both cars hazed the tires. but it was Kalitta’s reaction time of .057 that sent the Mac Tools Top Fuel team to the Winner’s Circle.

When asked about winning the Winternationals for the second straight year Doug commented: “Growing up, I remember coming out here years ago when Connie was driving. I always thought this was the coolest place going and I still do, so to win back-to-back Winternationals is really something special. To have success here is more than you can imagine for me.”